Skip to content
How can I change my circumstances? 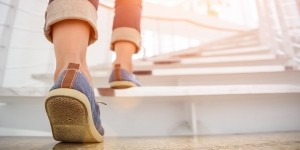 How Can I change My Circumstances?

This article will explore one of the fundamental components of how to change things for the better.

Who can shout the loudest?

One of the things you can do to initiate change in your life is to think about what you say to yourself, or self-talk.

It is a common misconception that we listen too much to what others say about us, when in fact the loudest voice we listen to is our own. It wouldn’t matter what others said to or about us if our own voice shouted over them. The danger we face is accepting what they say so much that we begin to echo the same words.

Who do you believe?

A lot of what we think about ourselves originates from what others have told us. This isn’t a problem and can actually be life affirming and confidence building if those around us have sought our best at all times. Unfortunately, this is quite often not the case and many of us unknowingly accept defeat. But the most important thing to grasp is that you can rise above and overcome the negativity.

It will Never Happen!

Where do I begin?

Start by identifying what you want to change. This may take some time. It’s probably taken months, most likely years to echo and form beliefs around those negative statements. Record the negative belief and write the opposite. Then make a deliberate choice to make the opposite, positive affirmations out loud to yourself. Some people find it strange speaking out loud to themselves and things. However, when you stop and think it’s not that strange- it’s just usually people swear at the computer or curse at the driver who just cut them up. We’re used to speaking out loud- we’re just used to speaking negatively.

The ultimate place to get to is to be so confident about yourself that you don’t accept compliments or criticism. Not arrogant confidence- the more you know, the less you say. Just a quiet confidence that your identity and positive belief about yourself is not moved by sharp tongues or silver ones!